The 5 most DISGUSTING food surprises! Reasons not to eat out …

Eating out is nice, but do you ever look closely at your food? You can find some nasty surprises in your food, like these people did!

1. Guy Finds Bloody Bandaid In Pizza Hut Crust. The last thing you want to see when biting into your pizza is a bloodied bandaid baked into the crust. 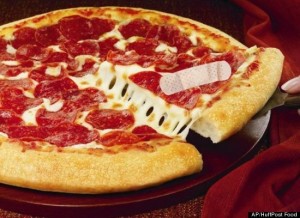 2. Animal Toe In Spinach Artichoke Dip. The animal it came from was not identified, but in any case, that’s pretty disgusting! 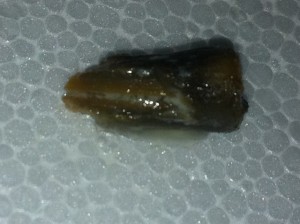 3. This woman found a razor blade in her ice cream (and bit into it!). She tells her story in this video (but is incredibly understanding and doesn’t seem angry about what happened to her)

4. Guy claims that he found a condom in his French Onion soup (EWWWWWW!)

5. Used Tampon In Steak – a German tourist claimed he found a used tampon in his steak when visiting New York.